letter to the Hungarian Chess Federation and Chessdom.com 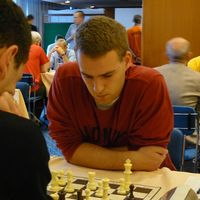 After the publication about the decision of the Hungarian Chess Federation, IM Robert Ris sent a letter with his point of view on the issue.

Today I read at Susan’s blog and Chessdom.com the news Mr. Pali got banned for 3 years from organizing chess events. If I understand well, the penalty was much lesser, for the following reasons: 1. He never had a prior record of such conduct in the past and 2. He has made arrangements to compensate all the participants.

Probably both true, (at least I witnessed the second point) but up to date I haven’t seen any of my money back. As people could read from my open letter one can see that Mr. Pali made various promises to compensate the players, but every time failed to do so.

Now, 3,5 months later, I still haven’t seen any of my money and therefore I’m very surprised by the soft decision of the disciplinary Committee of Budapest Chess Federation. False promises seem to lessen the penalty…