The Bulgarian sports minister Vesela Lecheva sent early Tuesday morning a letter to the FIDE office and to the FIDE President Kirsan Ilymzhinov. The letter is about the Kamsky – Topalov match and is a follow up on the letter by the Bulgarian Chess Federation a few weeks ago. 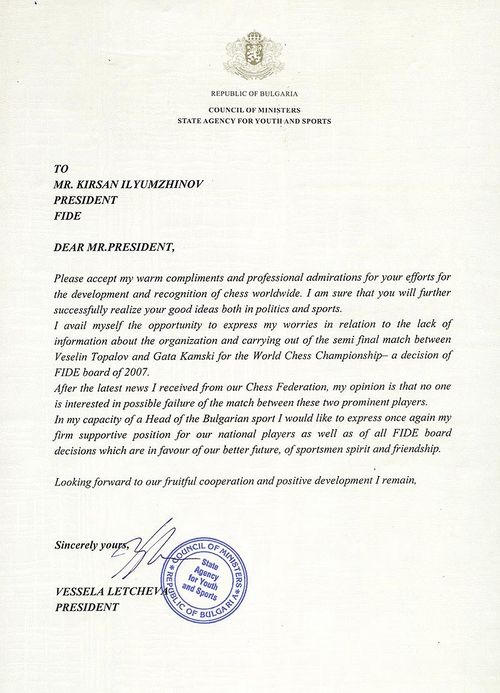 In a short telephone call Veselin Topalov’s manager Silvio Danailov commented for Chessdom.com, “We still have not received an answer to the previous letter. If there is no action in the next 10 days the Bulgarian Olympic Committee (chess is Olympic sport in Bulgaria) will have to inform directly the IOC and its President Jacques Rogge.”

On the 16th of October the European Club Cup 2008 is starting in Kallithea. Gata Kamsky and Ivan Cheparinov will participate as well and Chessdom team will be able to get their opinion.